The Building Materials Market: Prices on The Rise Again All About Fence Pickets Benefits of Western Red Cedar Choosing Treated Wood Composite Decking Everything You Need to Know About OSB and Its Benefits McCoy's Doors and Millwork Navigating Our Lumberyard Rebar 101 T-Posts: Field Fencing Made Easy Protect Your Property With a Culvert

De-icing Your Walkways PVC Hacks to Make Your Project Easier Make DIY Project Planning Easy Preparing Your Home for Winter Deep Clean Your Home Before the Holidays 4 Steps for Fixing Water Damage 7 Quick Tips to Get Your Home Ready for a Freeze 9 Tips for a No-Fail Ceiling Fan Installation 10 Simple Steps for Preparing Concrete for Painting 11 Ways to Prepare Your Home for Flooding Assessing Tornado or Wind Damage to Your Home Beat the Heat with an Energy-Efficient Home Concerned About Hail Damage? Here's What to Do Create a Backyard Escape With a Wooden Pergola Creating the Ultimate Workshop for Your DIY Projects Flood Cleanup: First Steps to Reclaiming Your Home Garage Organization Systems High Winds or Tornados: What You Can Do to Prep Your Home Home Fire Safety Tips Everyone Should Know How to Get the Greenest Lawn How to Measure for Replacement Windows How to Prepare for a Hailstorm Hurricane Damage: Dos and Don’ts for Restoring Your Home Hurricane Preparedness: Boarding Up Windows Interior Painting Tips and Tricks Light Bulb Types: How Do You Choose? Repainting Outdoor Furniture Seawall FAQ Top 12 Tips for Working Safely in the Heat Your Emergency Readiness Kit: What to Have on Hand Water Heaters Why You Should Prime Before You Paint When to Recaulk Your Home 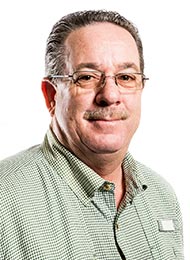 In 2001, Darien began his career at McCoy’s as Store Manager in Slidell and went on to helm stores in three other markets before assuming the role of Regional Manager in the company’s “Delta” Region. Before joining McCoy’s, he worked for numerous building supply chains including Builder’s Square, Scotty’s, Home Depot and Lowes, to name a few. Darien has been a Regional Manager since 2014 and says he enjoys supporting his 9 stores and ensuring they continue to provide “the best customer service experience in the industry and offer quality products to Born-To-Build customers and independent home builders alike.” Darien adds, “We strive to know, care and serve our customers in a manner that leaves them feeling respected and appreciated.” Region 1 includes stores in Palestine, Bryan, Corsicana, Lufkin, Longview, Huntsville, Tyler, Nacogdoches, Orange, and Cleveland, Texas. Darien has two grown children and considers Shreveport, Louisiana, his hometown.

Jeff hired on at McCoy’s in 1986, working part-time in the Gainesville, Texas yard while he attended Cooke County College. He entered the McCoy’s Management Program in 1989, and was managing his first store by 1991. He assumed the role of Regional Manager (now McCoy’s DFW Rangers, Region 2) in 2000 and sees his primary responsibility as the oversight of 11 stores, 3 in Oklahoma and 8 in North Texas. He says he’s involved in all aspects related to store operations, directly communicating with Headquarters on behalf of any additional needs of our store employees and the customers we serve. He’s a native of Lindsay, Texas and graduated from high school there. He’s an active member of Saint Williams Catholic Church in Montague, Texas and he and his wife, Karen, have six children. Jeff shepherds stores are in Stephenville, Abilene, Cleburne, Mt. Pleasant, Gainesville, Terrell, Waco, Paris and Midlothian, Ardmore, Duncan and Okmulgee, Oklahoma. 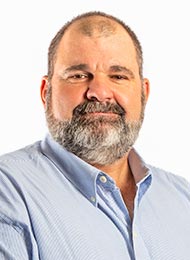 Ronnie began his career at McCoy’s in 1992 as a member of the yard crew. He held Assistant Manager and Store Manager positions in various locations before being named a Regional Manager in 2002. Ronnie is in charge of McCoy’s upper coastal region in Texas, named “The Hurricanes”. He overseas stores in Galveston, Brazoria, League City, Richwood, Pasadena, Baytown, Rosenberg, Tomball, Cleveland, Dayton, Montgomery, Alvin, and Bay City. He says he focuses on supporting his stores by providing resources, guidance, training and general assistance in everyday operations. A large part of his influence is directed towards creating a safe and fair work environment for store crews and customers. Ronnie is a native of Sweeny, Texas and graduated from Joshua High School. He enjoys being involved in his community and coaches the Sweeny 4H Shotgun Team, along with his wife, Windy, who coaches the Archery Team. He and Windy have two sons. 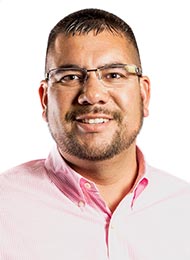 Matt began his career with McCoy’s in 2003, working part time at the Kingsville location in the yard. He transitioned to full time on the sales floor and entered the Manager-In-Training Program while in Kingsville. He was quickly promoted to Assistant Manager and managed his first store in El Campo, TX in 2006. He went on to manage the North Corpus Christi location for 6 years before becoming Regional Operations Manager in 2014, and currently heads the Texas Coastal Bend Region called “The Force”, overseeing stores in Weimar, Corpus Christi, Victoria, Beeville, Gonzales, Brenham, Alice, El Campo, Kingsville and Aransas Pass. Matt says his focus is to support, mentor and encourage his team members and “ensure the consistent growth in ourselves, our teams and our business.” Matt is a native of Seguin, Texas and attended Texas A&M Kingsville where he studied Range and Wildlife Management. He and wife, Monica, have four children.

Leroy has been with McCoy’s since 1983, and has served as a Regional Manager for over 20 years. He leads store managers and support staff in ten stores along the border of Texas and Mexico, known to McCoy’s folks as the “South Texas Magic” Region. His markets include Harlingen, Pharr, Brownsville, Laredo, Mission, Weslaco, Edinburg, San Benito, Rio Grande City, Del Rio, and Eagle Pass. Leroy says he concentrates on customer service to both do-it-yourselfers and commercial clients, and increasing sales by keeping a close eye on margins. He’s been in the home improvement industry since 1979 where he made it a point to learn as much about the industry as he could by receiving new merchandise, loading retail customers in the yard, and taking physical counts of rotating merchandise weekly. Leroy feels showing interest and empathy in employees’ personal lives has helped him build better working relationships, and making sure his stores provide a safe and friendly environment for customers and team members is important to him as well. He was born and raised in McAllen, Texas and attended Pan American University in Edinburg. He enjoys being involved in community organizations, including the Knights of Columbus, the Holy Spirit Catholic Church, the Holy Spirit Food Bank, and the Special Olympics. He and wife, Alicia, have two grown children. 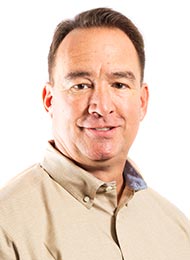 Kevin began his career with McCoy’s in 1990. He’s held positions in all aspects of store operations, from cashier to the sales floor to working in the yard, then Commercial Sales Rep, Assistant Manager, Store Manager and since 2006, Regional Manager of the “Desert Heat” portion of The McCoy’s States of America. Kevin’s region spans across west Texas and extends into New Mexico, encompassing stores in Midland, Brownwood, San Angelo, Odessa, Plainview, El Paso, Alpine and Fort Stockton, Texas and Las Cruces, Hobbs, Roswell, and Carlsbad, New Mexico. Kevin sees the focus of his role as supporting store managers and their teams in overseeing the operations of the store, including mentoring his management team and helping implement the company’s business plan for each location. He says he moved around quite a bit in his childhood, but attended Plainview High School before graduating from Big Spring High School (both in Texas). He holds a Bachelor’s of Science degree from Angelo State University and attended graduate school there. He’s married to Crystal and they have three sons. 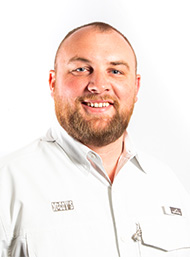 Corey began his career with McCoy’s in 2010 starting in the Management Development Program and was Assistant Manager at two stores before becoming Store Manager at several locations most recently in New Braunfels for five years. Corey oversees the company’s “Magnificent 7” region which includes the New Braunfels, NW San Antonio, SE San Antonio, Kerrville, SC San Antonio, San Marcos, Universal City, and Floresville locations. He’s “excited to continue to work in one of the fastest growing areas in Texas helping our team grow as we serve our customers”. He mentions that “the people, customers, employees and our vendor community” is his favorite part about working at McCoy’s. Corey is a native of Trinity, Tx, and a graduate of Sam Houston State University. He and his wife, Lindsay, have two children. 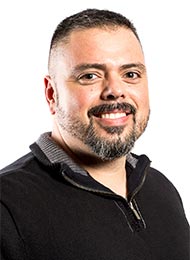 Carlos hired on at McCoy’s in 2003 and has served in Commercial Sales Support, as an Assistant Store Manager, and as Store Manager. He was appointed to his current role as the Regional Manager of the area known as “Heart of Texas” in 2018, and oversees locations in Bastrop, Belton, Austin, Taylor, Georgetown, Bee Cave, and Liberty Hill. Carlos describes his focus as “mentoring and supporting my store managers to effectively run their store operation, serve our current and potential customers, and care for and develop our team members”. He is a native of Kingsville, Texas where he graduated from H.M. King High School. He attended the University of Texas A&M at Kingsville, and the University of Texas at San Antonio and was honorably discharged from the United States Marine Corps Reserve. Carlos and his wife, Erika, have four children. 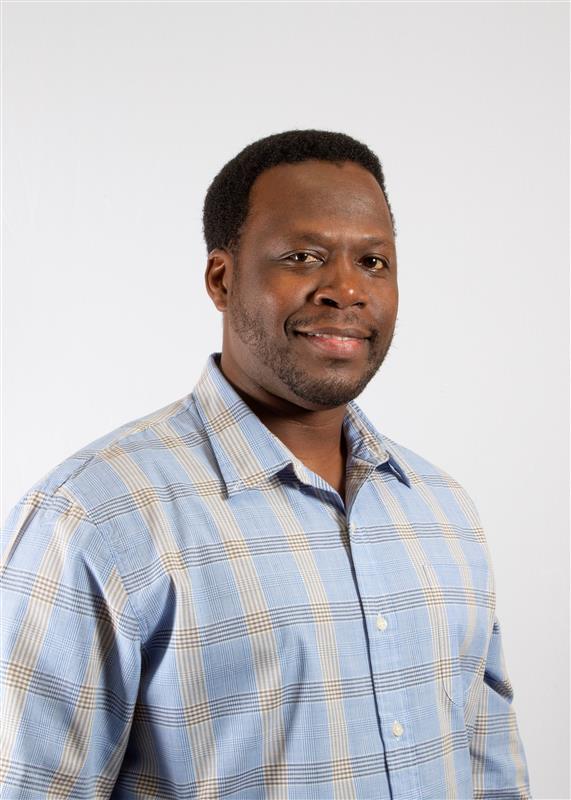 Damon began his career with McCoy’s in 2014. Since then, he has served as MIT and as Assistant Store Manager of the Galveston, Brazoria, and Rosenberg locations before becoming Store Manager of the Greenville, MS store. As Area Manager, he continues his role as Store Manager of Greenville while supporting three additional stores in the newly created Area 9, “the Heart of the Delta.” This new area consists of the McCoy’s stores in Mississippi and Arkansas. This native Texan, who grew up in Fresno, TX, just southwest of Missouri City, is married to Bridget, and they have five children. Their busy family enjoys taking car trips together, fishing, and bike riding. They also like watching comedies as a family. While Damon is growing and supporting the stores in Area 9, he is personally focused on helping those around him grow in a positive way.