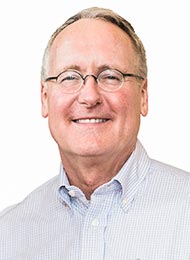 Brian McCoy was born in Galveston, Texas and graduated from Ball High School in 1972. He graduated from Texas Tech University in 1975 with a BBA in Finance. Brian married his high school sweetheart, Wetonnah Lane, in 1976, and they have two grown children, both married, and four grandchildren. Brian has been actively involved with McCoy’s since the age of 17. Yard hand, truck driver, floor sales, Assistant Store Manager, Store Manager, Merchandise Manager, Vice President, Co-President, and President are all positions he has held during the past 50 years at McCoy’s. A shareholder of McCoy’s, he currently serves as Chairman of the Board of Directors. Brian is also a partner in McCoy Remme Ranches, a cow-calf operation with land holdings in far West Texas. He serves as President of the Board of Directors of the Emmett & Miriam McCoy College of Business Administration Development Foundation at Texas State University. He has served as Past President of the Board of the Lumbermen’s Association of Texas and is an active Board Member of Intimate Life Ministries. Brian was selected for the Samaritan Center’s Ethics in Business Award in Austin in 2003. The San Marcos Chamber of Commerce chose him as Business Person of the Year in 2004. In 2006, he was honored as a Distinguished Alumnus of the Rawls College of Business Administration, and in 2012 as a Distinguished Alumnus of Texas Tech University.

Vice Chairman / Board of Directors 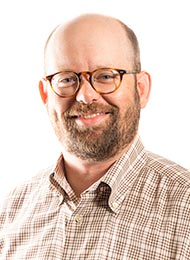 Reid was raised in San Marcos, Texas and is the eldest of Brian and Wetonnah McCoy’s two children. Reid graduated from San Marcos Academy in 1997 and earned a BS in Aerospace Engineering (cum laude) from Texas A&M in 2002. He received his Master of International Affairs from the Bush School at Texas A&M in 2007. Reid grew up working summers at McCoy’s in San Marcos, learning to drive a forklift before he learned to drive a car. He’s been a member of the lumberyard crew, a cashier, a stocker and a part of the inside sales team. After college, he served three years as a Surface Warfare Officer in the U.S. Navy (2002-2005), and seven years as a Foreign Service Officer in the U.S. State Department (2008-2015). Reid has served as a McCoy’s board member and shareholder since 2001. In 2015, Reid returned to Texas to take a more active role on the board of directors, providing support in strategic planning to Brian and Meagan. He was promoted to Vice-Chair of the Board in 2019. He is also President of McCoy Remme Ranches, a cow-calf operation with land holdings in Jeff Davis, Reeves, and Pecos Counties. Reid is married to his college sweetheart, Katherine, and they have two children. 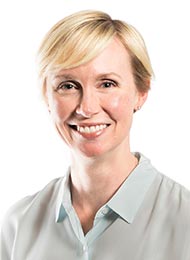 Meagan is a 2000 graduate of San Marcos Baptist Academy in San Marcos and a 2004 graduate of the University of Richmond in Virginia where she was inducted into Phi Beta Kappa. She went on to earn a Master of Arts in Communication Studies from the University of Texas at Austin. Meagan is the fourth generation to work for McCoy’s and is the younger of Brian and Wetonnah McCoy’s two children. Like her father, Meagan grew up at McCoy’s. Over the years, she has worked as receptionist, advertising intern, and has shadowed in various departments at Headquarters, becoming acquainted with many aspects of the family business along the way. While in graduate school, Meagan began working part time at the Georgetown location and realized what was always interesting to her as a kid was indeed her true passion: the business and the people of McCoy’s. She has also served as Assistant Store Manager, Director of Corporate Development, Vice President of Field Support, and Senior Vice President and Chief Operating Officer prior to her current role as President and CEO. Meagan is a shareholder and member of the McCoy’s Board of Directors and McCoy’s Executive Team, a partner in McCoy Remme Ranches, a member of the Board of Directors of the Texas Association of Builders, and co-Chair of the Legislative committee of the Lumbermen’s Association of Texas. She is married to Richard Jones, and they have two young children. 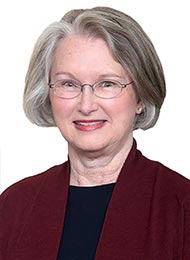 Wetonnah grew up in Galveston, Texas and met Brian McCoy in a 10th grade Biology class while attending Ball High School, where she graduated in 1973. Three years later she married her high school sweetheart, and the following year earned a Bachelor of Arts in Art History and Behavioral Science from Rice University in Houston in 1977. She describes herself as a “proud mom to Reid and Meagan and a proud grandmother to Stella, Teddy, Gideon and Greta”. While Brian joined his father and brothers in the family business, Wetonnah’s focus remained on raising their family but her insight and sound advice have greatly impacted the company over the years (and especially since Brian, herself and their children assumed full ownership of McCoy’s in 2001). She has been a member of the McCoy’s Board since 2001, is involved in company oversight and policy development, and has attended countless industry events with her husband. She and Brian exemplify the McCoy family’s generous spirit and dedication to community through their significant financial contributions, one recent example being the establishment of an endowed chair at Texas State University’s McCoy College of Business Administration. Wetonnah also serves on the Board of Directors for Intimate Life Ministries in Austin. 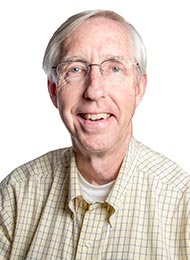 John came to McCoy’s in 2000 with an extensive background in international manufacturing, economics and corporate development. He served as Vice President, then Senior Vice President of Corporate Development at McCoy’s before his appointment to the board in 2019. During his tenure as Senior Vice President, he was responsible for manufacturing (including McCoy’s Millwork operations), fleet, and store development and served on McCoy’s Finance Team. John sees the focus of his role as representing the shareholders related to the actions and business of McCoy Corporation. “John is serving on the Board,” says Meagan McCoy Jones, “continuing to advise on major company projects and supporting the finance and manufacturing teams as we continue into our next generation leadership.” In addition to McCoy’s Board of Directors, John is also a Board Representative to McCoy’s 401(k) Committee, a McCoy’s Millwork Council Member, and a Member of the Finance Team. He’s a native of Houston, Texas and holds a Bachelor of Science degree from Texas A&M University. He currently lives in San Marcos with wife, Karen. They have two grown daughters.